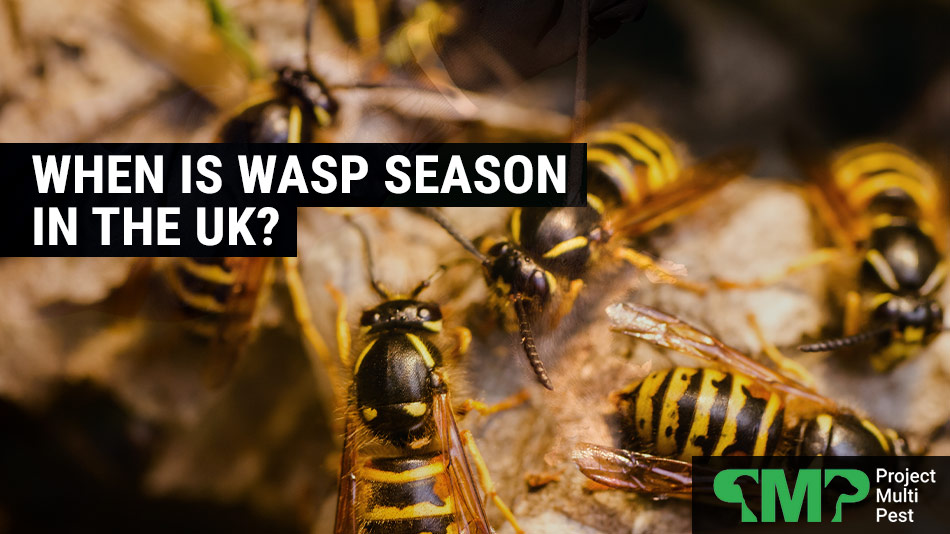 Wasps are actually a beneficial insect to the ecosystem, but wasp season brings with it some potential dangers to homeowners. Wasp stings are incredibly painful, and if a wasps nest is disturbed, can become potentially dangerous. With this in mind, when is wasp season in the UK?

In the United Kingdom, wasp season typically begins in April and subsides in September. A wasp colony is primarily active during the summer months between June and August, with hibernating queens exiting a nest within the first two weeks of autumn.

Wasp colonies can be difficult to eradicate due to the dangers they pose with stinging. In this guide, we will explain when wasp season is, what you need to know when it comes to dealing with these insects and how Project Multi Pest can help with our wasp control services.

Read on to find out more.

Wasps are seasonal insects, and their active period can be best defined as spring through early autumn. These insects enjoy warm weather, so you can rest assured that once autumn starts to fully set in, you will not see the insects until the following spring.

With this in mind, queen wasps do remain active through the late fall right before the onset of cold weather.

During this time, queen wasps will leave wasp nests to hibernate over the winter. Many hibernating queens die, but the ones that do survive emerge the following spring to form a new wasp nest and wasps colonies.

What time of year are wasps most active?

Let’s go month-by-month to analyse when wasps are most active. Wasp season start times can differ depending on location and temperature, but below is a typical timeline.

Towards the end of March and the beginning of April, a queen wasp will emerge from her hibernation spot to scout new locations, such as bark, bushes, holes, and eaves of structures to form a wasp nest.

Having mated with drones before the winter season set in, a queen will lay eggs in the new location which will give birth to worker wasps as well as new queen wasps and drones.

Once the eggs hatch, young queens will also leave the wasp nest to set up nests of their own.

By June, the wasp season is fully underway as adult wasps are now covering wasp nests. The workers will scour the area for food and nesting materials and unlike bees, wasps are much more exploratory of their surroundings.

This is usually when homeowners consult with a professional pest control company, such as ourselves, as stings and wasp aggression become more common.

But it is mid to late summer in August and September when wasp behaviour becomes the most volatile.

This is the latter part of the season when queens began to leave the nest to reproduce and find a suitable spot to hibernate once autumn sets in.

The remaining workers and drones will also begin to abandon the nest, since their responsibilities have come to an end. This is the part of the season where free-roaming wasps are most prevalent.

Late September and early October are when wasp season end times start to unfold. Workers become a bit more aggressive during this time since they are in panic mode to find ample amounts of food for hibernating queens.

As the cooler temperatures start to roll in, the end of the season is triggered.

What time of year do wasps die?

Typically, the very first night where it reaches 0 Celsius or below is when all the wasps, save for queens in hibernation, will die.

Once wasps die, you can also expect all nests to be completely abandoned.

So a good measure to go by to ensure all wasps are gone is the first freeze of the autumn season. 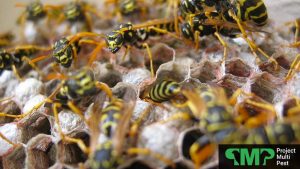 Should I be worried about wasps?

Wasps are largely solitary and individualistic insects when it comes to sticking with their own species. With that in mind, wasps can be incredibly territorial, especially during the summer months and the earliest weeks of the autumn season.

Most wasp attacks upon people typically occur when people get far too close to a nest or interfere with a wasp’s activities or get in their way.

These insects do not actively scout for people or animals to sting. If a wasp does sting, it is because they feel threatened in some way.

You will want to ensure that a nest is not located within the immediate vicinity of your home.

Under eaves of houses, along the eaves of garages in gardens, and even in holes in the ground near the home are all places that need to be regularly inspected during these months.

Why are wasps attracted to my house?

Wasps are attracted to houses likely because of the aerial positions in which they can build and attach a nest. All along the edges of the roof are areas in which certain wasp species like to congregate to build their nest.

It could also be that your house, like most any house, is likely within an area in which a queen built a nest the previous season.

These insects are also attracted to the nectar in flowers, but will typically scout for food from other sources before going to flower nectar.

How do you know if you have a wasp nest?

In the height of summer it is not unusual to see the odd wasp or two buzzing around your garden in search of food.

If, however you start to see clusters of wasps or even a swarm, then chances are there is a wasp nest located close by.

Wasp nests start off small (around the size of a golf ball) but can balloon to quite a size if left untouched.

A typical wasp nest looks like a papery grey ball that is papier-mâché in texture, with a large entry hole that allows these pests to come and go.

Sheds, outbuildings, lofts and holes in the ground are all popular places for wasps to nest.

If you suspect that you have a wasp infestation around your property, then we strongly advise you to steer clear of handling it yourself.

Instead call in a professional pest control company, who will have the tools and expertise to safely dispose of them on your behalf.

Can a dead wasp sting you?

In the immediate moments after a wasp dies, the stinger is still pulsating with venom and will continue to move about to sting accordingly.

So this is certainly something to keep in mind when disposing of a dead wasp.

At Project Multi Pest, we are an experienced pest control team skilled at controlling a wasp population around your home or in your garden.

It is always wise to allow a professional to address a wasp problem, since the risk of getting stung by these insects can be quite high.

At PMP, we use PPE for to protect ourselves and our specialist equipment can reach nests in the most inaccessible locations. We administer professional grade insecticides that are powerful yet completely safe to humans and pets. Treatment is fast, taking no longer than an hour if the nest is easily accessible. 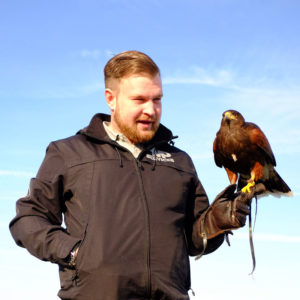 Contact Us
PrevPreviousBird Netting For Roofs
NextWhy do city pigeons gather on rooftops?Next

Why do city pigeons gather on rooftops?

Project Multi Pest is rated 5 out of 5 based on 61 reviews on Checkatrade.

We cover a wide range of areas across London and Kent, including (but not limited to): 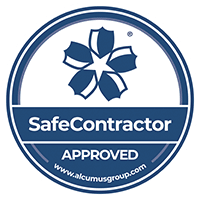